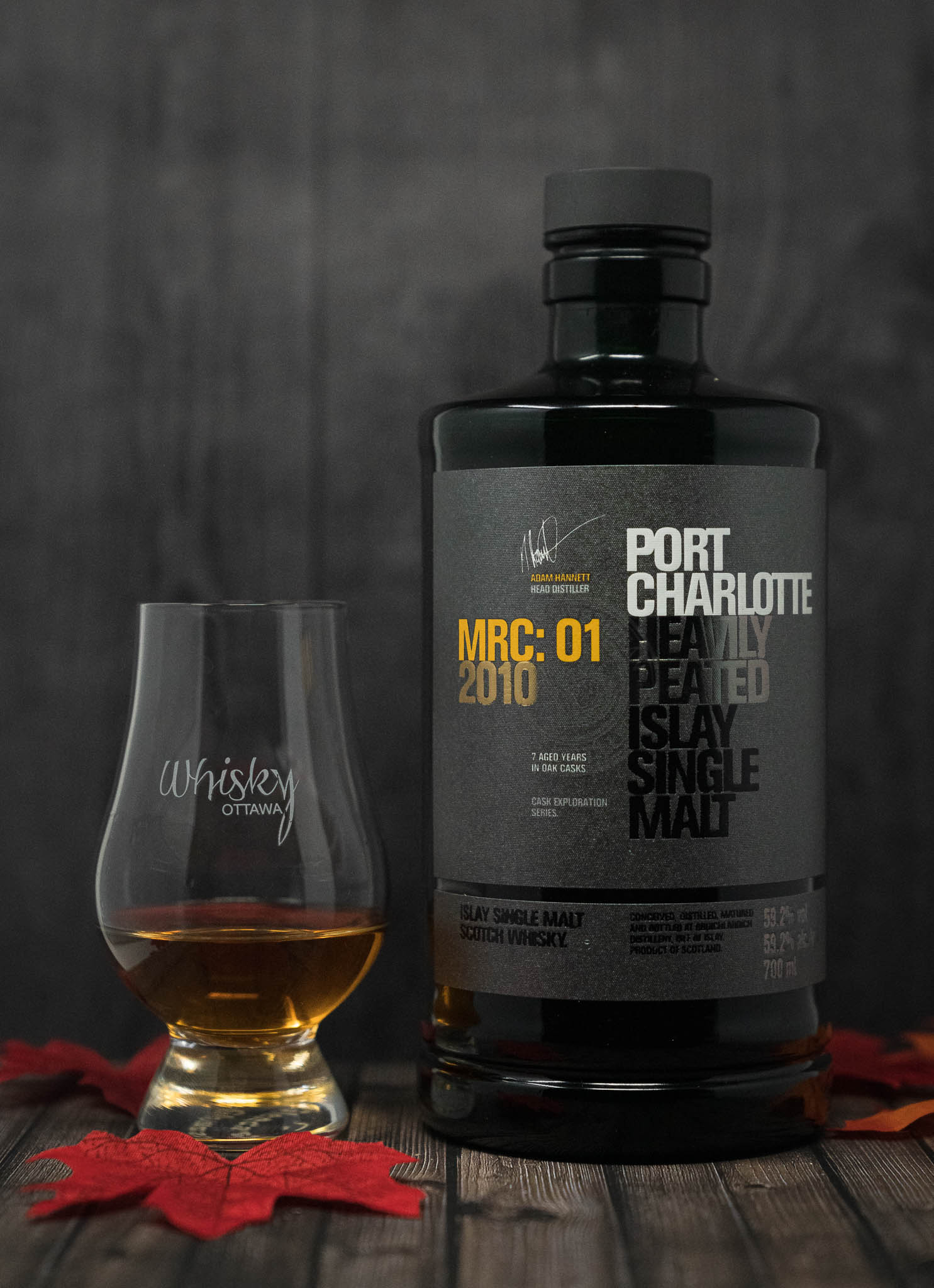 Port Charlotte is a line of heavily peated whiskies from Bruichladdich, a distiller from Islay—an island known for its peat.

The MRC:01 is a 7 year old whisky distilled in 2010 and spends its time in first-fill American whiskey casks and second-fill French wine casks. Then combined together to spend another year in French oak from Bordeaux.

On the nose, I notice orange and grass. It’s peaty but it doesn’t have the meaty or ashy smokiness of a Laphroaig or Lagavulin. There’s a saltiness like that of an ocean breeze. It feels light and cooling. The Bruichladdich site describes additional notes of vanilla, toast, chocolate, roasted coffee beans, and more, but I don’t notice them.

At 59.2% ABV, it’s intense on the palate. Medicinal and oaky, with a faint sweetness carrying it. On an earlier dram, I even noticed something akin to tea.

In the finish, an ashiness that wasn’t there on the nose comes through strong. It’s like an ashtray in the back of my throat and I’m left with a dryness. There’s a bit of heat that lingers.

Coming back for a second sniff, the ash is more prominent and I begin to notice the nuttiness and toast smells coming through.

I add some water and notice the oakiness even more. It’s not as harsh on the palate but I’m not finding the water bringing out anything new.

I find the MRC:01 an interesting whisky—as evidenced by the bottle being over half empty already. Bruichladdich doesn’t say how many of this limited release were bottled but I’ll definitely be sad to see this one disappear.