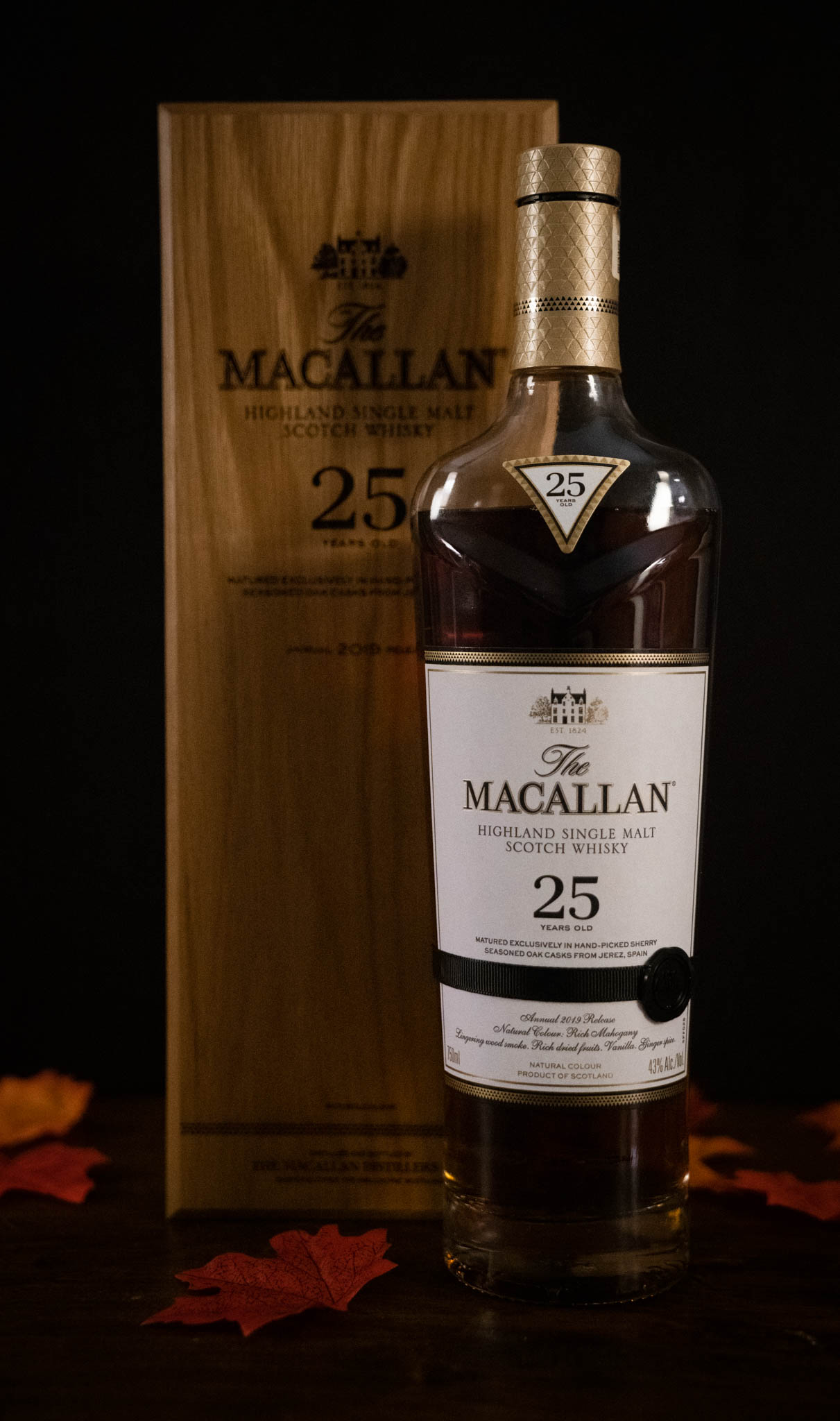 I’m not normally a fan of Macallan but thought I’d give a high-end expression of it a try. Considering how pricey this 2019 release is, maybe I could be convinced.

The packaging is lovely. A wooden case held closed with magnets opens up to a liner describing the whisky and two wooden slats holding the bottle in place.

On my first opening of the bottle, I gave a pour, added some water, and let it breathe for a bit.

On the nose, a definite maple syrup smell comes through but on the palate, I find the taste rather muted and underwhelming.

Maple syrup isn’t a tasting note mentioned on the Macallan web site, so I’m trying it again. This time, I’m not noticing the maple syrup smell I had last time. Now, I’m getting a strong oak with citrus. Definitely closer to what Macallan says to expect; although, I’m still not getting the cinnamon they mention.

On the palate, I’m noticing the cinnamon but still, overall, rather underwhelming.

The glass, nearly empty, has been sitting there. I lift it up to finish off the last gulp that remains and… there’s that maple syrup smell again. So odd. It’s still not enough to redeem this rather mediocre whisky, unfortunately.

It’s safe to say that I’m not a fan of Macallan and spending more money definitely hasn’t changed my mind.