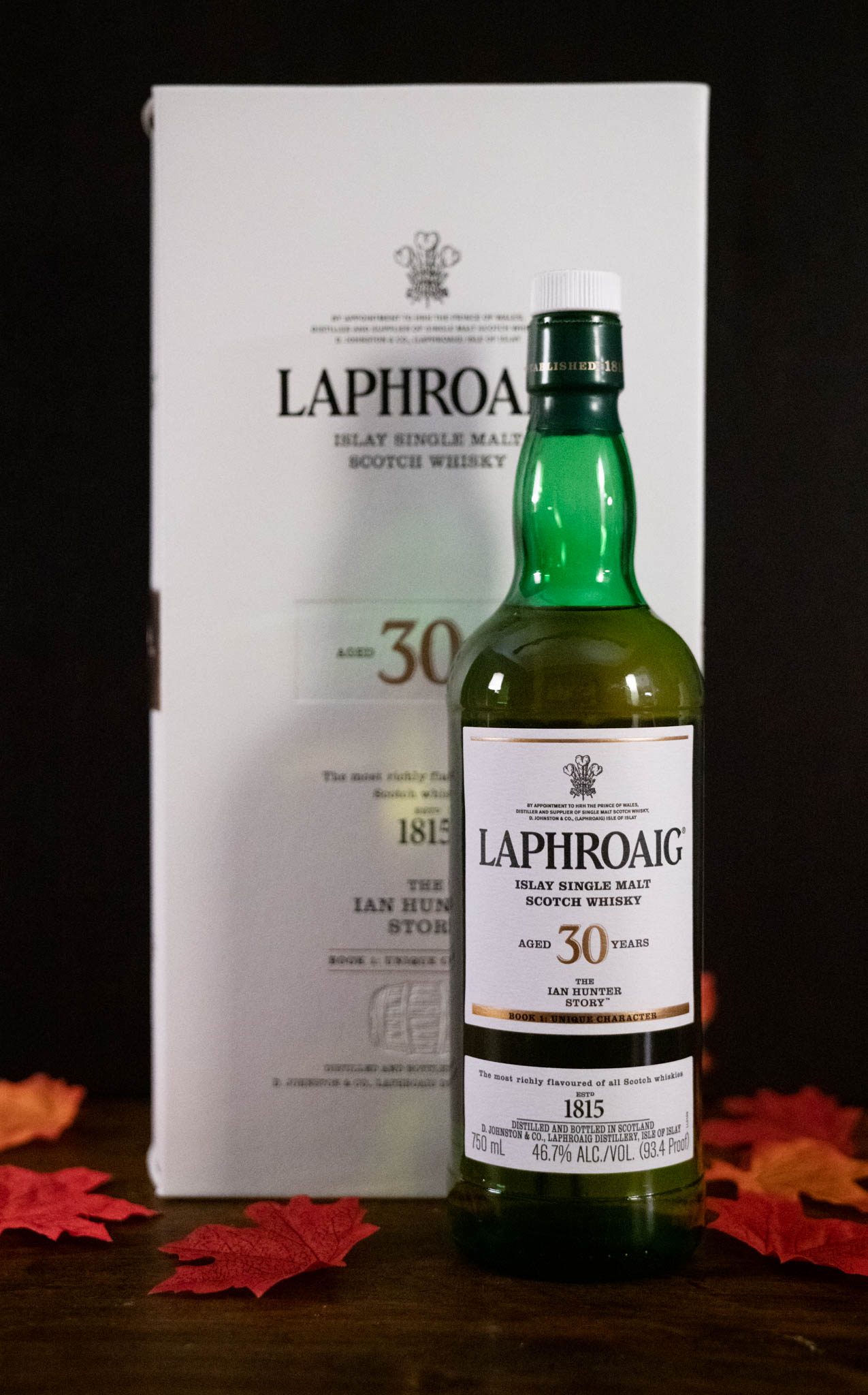 When I first dipped my toe into Scotch, I stuck primarily to Balvenie—a nice, easy to drink highland single malt.

Then, on a whim, I bought a bottle of Lagavulin, which introduced me to Islay Scotches. Then, I tried the Laphroaig Cairdeas Triple Wood and fell in love.
Here in Ontario, they do allotments where you put your name in and hopefully get picked for the opportunity to buy a bottle. I put my name in, got lucky, and now have a bottle of the Laphroaig 30 in the Nook.

Book 1 is a first in what will be a series of yearly releases in honour of Ian Hunter, the last of the Johnston family to own and manage the Laphroaig distillery. The packaging is definitely lovely, with a plush “book” cover that opens to reveal the bottle laid inset.

The whisky itself is aged in first-fill bourbon barrels. My expectation is that this might be more oak-forward with a more subdued smokiness but let’s give it a try, shall we?

On the nose, the smokiness is definitely there but it doesn’t punch you in the face. It feels light and minty and sweet and I want this smell as a cologne so I could smell it throughout the day.

The first hit on the tongue, those initial smells fill the mouth and then slowly evaporate to reveal more of an ashiness and a very hint of spice. The slightly salty and iodine finish barely lingers, inviting me to have some more.

That oakiness that I thought might be the overpowering flavour is barely there—which, in my opinion, is great. Each sniff reveals a bit more. A hint of honey.

I suddenly have a craving for cheese. I sliced up some parmesan and Roquefort that I picked up earlier today. The parmesan turns out not to be a great pairing. The deeper umami negates some of the flavour. The Roquefort, on the other hand, is delightful. Its softer, creamier flavour pairs better—especially when drizzled with a touch of honey.

It’s 46.7% ABV and while the Scots might suggest to add water to any scotch, I’m a-okay not adding an ounce to this fine dram. It’s perfect just the way it is.