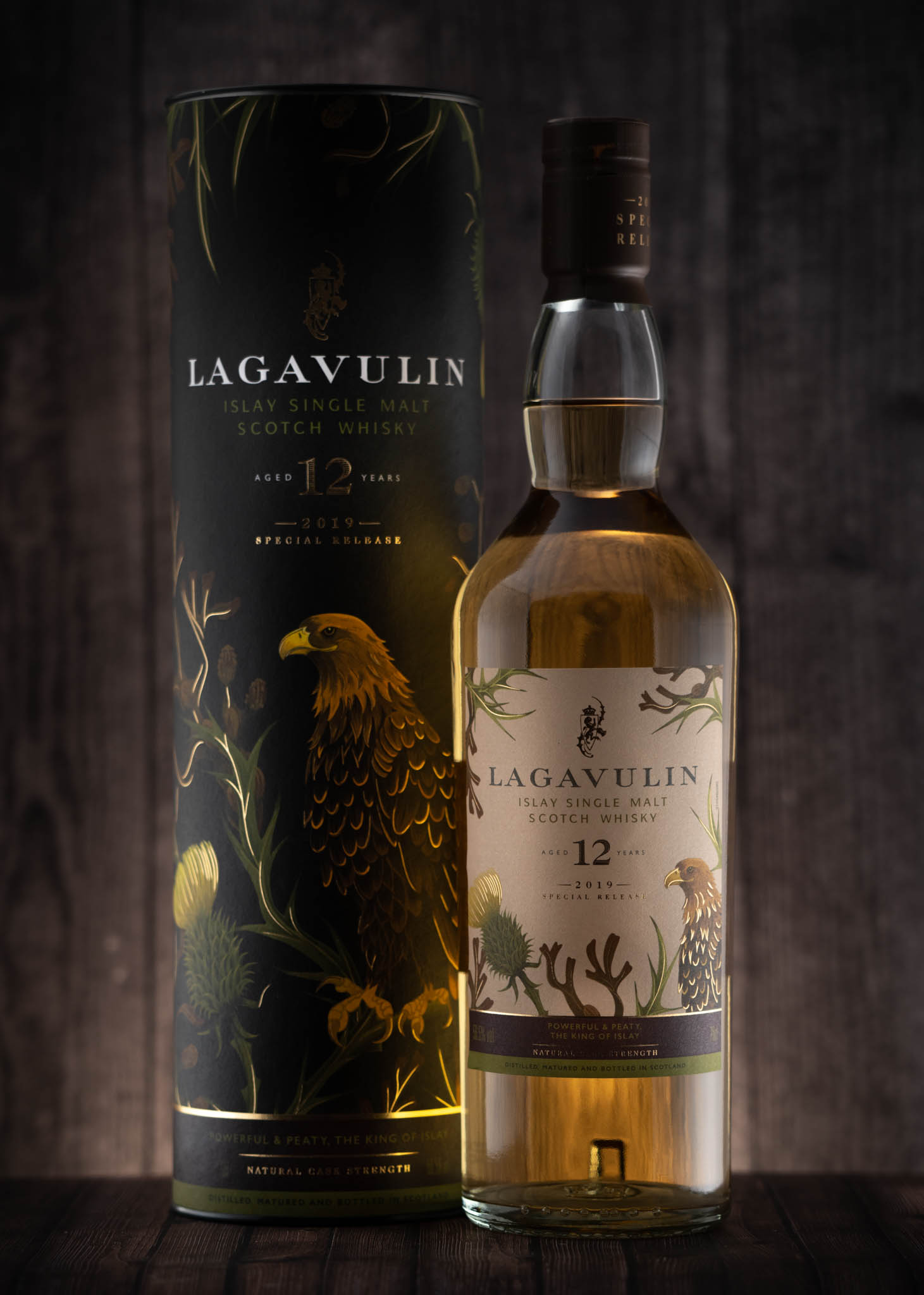 As I pour, I notice the similarity in colour to the 8. Maybe a hint darker but still rather light. The 12 is from refill American oak barrels, so you’ll not see the deep colour you might get from a sherry or wine cask.

It’s very mild on the nose—lighter than the 8 and the 16. On the palate, for the higher ABV, it doesn’t hit as hard as I would’ve thought. In fact, it’s very similar to the 8, being easy at first until the alcohol evaporates and fills the mouth, leaving it dryer but not as dry as the 8.

As I go back to smell it, I notice a bit of green grass on the nose. A little minty. I’m not getting the strong smoke, though, that I’d expect out of a Lagavulin (and that most reviews of the 12 indicate is there). Some slight coastal notes. I may have overwhelmed my schnoz on an earlier tasting of the 8. As I continue to partake, a bit of soapiness even appears. I’d chalk this up to more floral notes that are coming through. Definitely more heat on the second sip but still sweet and leaving my mouth drier.

I added some water and there is the smoke! It really showed up now. I really think this one needs the water. It brings out everything interesting.

Average ratings—which include ratings for all 19 years the 12 year old has been available—are around 90/100. Personally, I’d rate this particular edition around an 80/100. It’s good but not mind-blowing. I enjoyed it and, yet, I don’t feel inclined to pick up this up every year. In looking through all the reviews on Reddit, it looks like previous years hit the mark more than the 2019 release. How much you enjoy the 12 might come down to what year you manage to pick up.