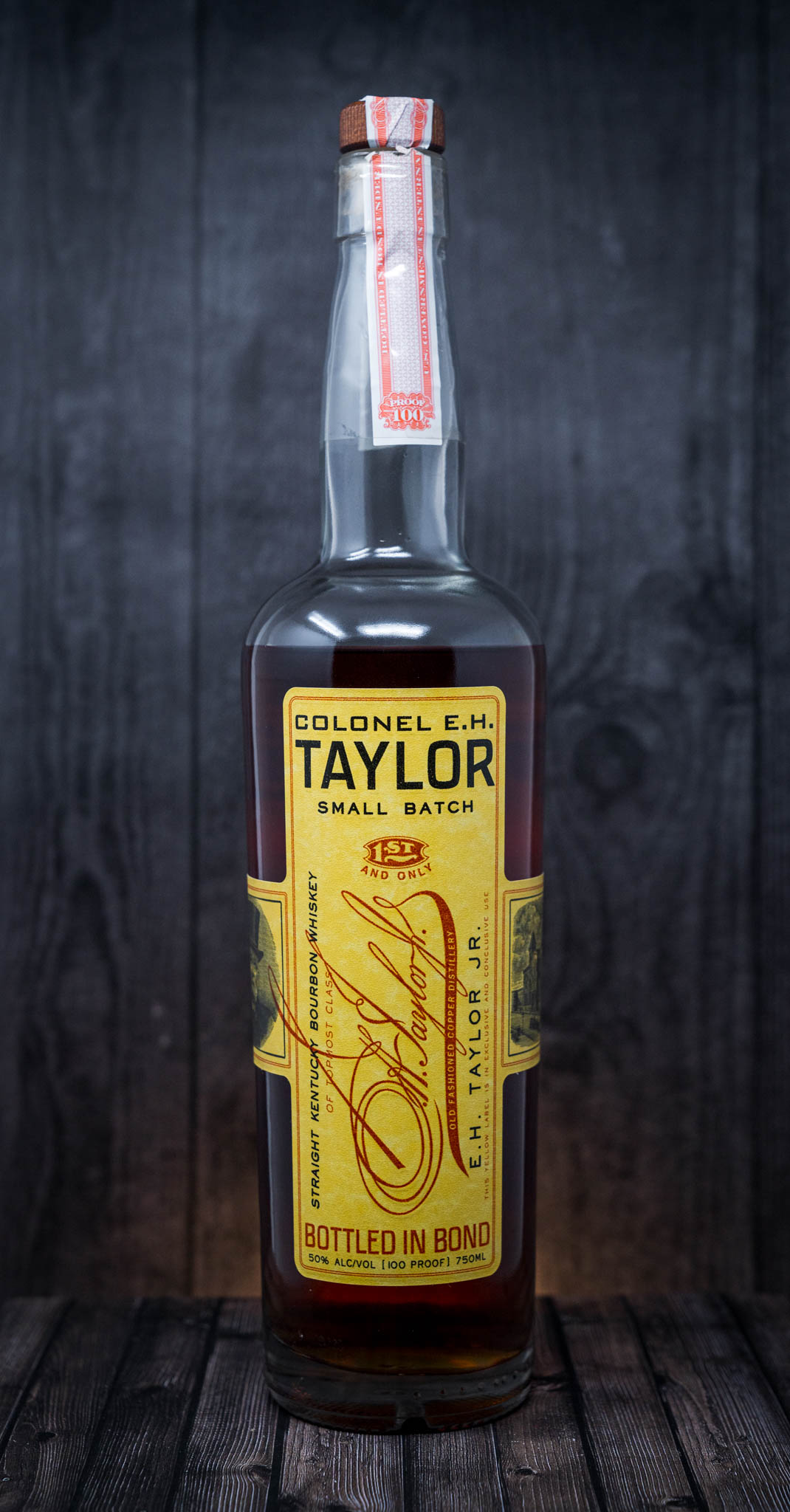 I feel like I need to preface this with the fact that I’m not a big fan of American whiskies. Or rather, I haven’t paid enough attention to the ones I have tried to understand what I like or don’t like.

EH Taylor Small Batch is a 50% ABV Straight Kentucky Bourbon. That means it’s made from a minimum of 51% corn and is aged in new oak barrels. The actual ratios of corn, rye, and barley aren’t known. There’s no age statement on this particular bottle, either.

On the nose, it’s caramel and corn. It has a bit of sting to it as the alcohol burns its way through but it’s not too much and I’m still left with sweetness and maybe even some cinnamon.

Of the bourbons I’ve tried, I don’t mind this one but it hasn’t convinced me that I should get into bourbons.